Dr. William (Will) Wong is all of these, besides being a Title IV-E MSW graduate of Cal State LA. It may be surprising, then, to hear him admit, “I was uncertain if I wanted a career in child welfare.”

As a youth, Will recalls, “Although I didn’t have the language or the frame in which to view it at the time, my experiences growing up as a person of color under the label of ‘model minority’ made me very attuned to and acutely aware of social injustice.” He felt firsthand “the duplicity of injustice by both holding minority status as well as group membership used as justification to marginalize other groups that hold minority status for the purpose of subjugation.”

But what could he do? It was Institutional Racism, a course at Cal State LA Extension taught by Dr. Shirley Better—who also became his mentor—that “brought to my awareness that a profession exists that resonated [with] the idea of social justice,” says Will, who had earned a BA in liberal arts and sciences at the University of Illinois. “It was Dr. Better who later recruited me to the MSW program at Cal State LA as a member of the very first [IV-E] cohort. … She essentially brought me into the profession of social work.”

Returning to Cal State LA years later as an instructor, he says, “I was extremely honored to teach Institutional Racism as my very first course. In a lot of ways, it felt like providence. It was the course that validated the experiences I shared with many groups of people of color and the course that essentially recruited me into the profession. It provided pathways to frameworks that shaped my behaviors in practice and is now part of my overall scholarship activities.”

REAPING THE BENEFITS OF THE TITLE IV-E STIPEND PROGRAM

When he applied to the Title IV-E Stipend Program, Will had little idea of the implications, only that the stipend would pay for graduate school. “I had no intentions on staying beyond my obligatory employment period,” he says, “but, instead, I found a practice area I became passionate about.”

In the MSW program, “I was keenly aware of the mechanics and overarching priority of ‘funding and compliance’ driving practice policy and practice behavior at DCFS. Institutional conveniences and priorities that overshadowed the needs of clients went against practice behaviors I was taught in the classroom. However, there are certain realities associated with practice and, in particular, a public agency.”

While Will was in graduate school, the Adoptions and Safe Families Act took effect. Consequently, he notes, most CalSWEC students interned in adoptions, including himself. “In retrospect, I am pleased that while I ultimately ended up as an adoptions CSW in CPS, my internship experience was varied and diverse in DCFS functions in both ER and continuing services. It gave me a very diverse lens that allowed me to connect in various ways with people performing innumerable CPS functions.

“It helped me develop in-context engagement skills that enhanced interdisciplinary practice that I think was a competency that later helped me strengthen the ‘Wednesday’s Child’ program.” This weekly segment on KTTV FOX 11 News Los Angeles, which Will helps produce, highlights harder-to-place children in the Los Angeles County foster care system who are in need of adoptive families.

“The CalSWEC internship helped socialize me into the specific practice area of public child welfare. Having a regional administrator as a field instructor gave me a look at and explanation of organizational functioning that I think eventually turns off new hires, which is a contributing factor to the retention issues in public child welfare agencies,” he says. “My inside lens and the expert matching of a field instructor with whom I gelled are in large part responsible for me still being here 20 years later in a practice area I never really intended.”

LOVING HIS JOB AT DCFS

Today, Will is Program Coordinator in the Resource Family Support & Permanency Division at DCFS. “What I love most about being a social worker and working as a program coordinator is interdisciplinary engagement at various levels as well as in a multidisciplinary fashion. Commensurately, that’s also one of the biggest challenges,” he says.

“Public child welfare is an intrinsically complicated but rewarding area of practice,” he observes, noting its complex layers of statutory requirements “that can constrain client-centered and culturally relevant practices mandated for professional social workers but also not always valued in the agency they work for.

“[That] public child welfare (PCW) work takes place in challenging environments is an understatement. No other forms of social work practice have such an immediate impact on the lives of children and their families, nor incur the public scrutiny as in this area of practice. When successful, PCW work results in children achieving safety and permanency with stronger options for successful lives, all of which ultimately strengthens society. Because of my position working with media, being a part of influencing this landscape and hopefully bringing more clarity and perspectives to what we do has been exciting,” he says.

Will inherited “Wednesday’s Child” and gave it new life with his social worker’s sensibility. Previously a “pro forma” program, it featured children who were available for adoption. “However, their uniqueness, their positive intersections weren’t emphasized, and challenges and needs were generally not child-specific,” he explains. Because no records were kept to determine the program’s efficacy, he seized the opportunity to revamp the program and start “from ground zero.” 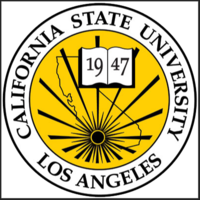 For the rebooted program, he developed a new strategy. “The focus became finding adoptive families open to older children, children with special needs considerations, and sibling sets, because our kids in those categories have difficulty finding permanent families. We took on the strength-based and child-specific approaches and engaged in activities and used language that would be most therapeutic for the kids telling their story and promoting their interests. Instead of filming purely at the local park or a kids’ restaurant, we tailored each shoot focusing on the child’s career goals, extracurricular activities, and hobbies to show a dimension of them often overshadowed by stereotypes that reinforced those prejudices that were barriers to their permanency.”

“Wednesday’s Child” has enjoyed an adoption success rate as high as 70%, although those numbers have fluctuated as DCFS has been impacted by economics and policy, Will points out.

While the program isn’t without controversies, he says, “Overall it has strengthened the agency’s image in the community, and I’m proud to have been part of that. It has opened the agency’s willingness to participate in media as compared to the historical trauma most public agencies experience from pervasive negative stress.” For his work on “Wednesday’s Child,” Will won an Honorary Emmy Award.

GOING BACK TO SCHOOL

Will earned his doctorate in social work at the University of St. Thomas in Minnesota “for the purpose of pursuing a career in academia” and now teaches at Cal State LA. Many of his students want to work at DCFS, as he does. For his part, “I want to help reinforce that those entering child welfare, particularly in public agencies, are prepared to serve our communities with longevity, assume leadership positions in those agencies retaining attention to clients and their diversity, effect change, and propel social and economic justice. As I had to navigate for myself in practice, I see reducing the ambiguity between education and practice as a priority and ultimate goal.”

His view is that “CalSWEC prepares students to enter public service but doesn’t necessarily ensure efficacious behavior for the duration of a career. After 20 years of practice and now in my seventh year teaching, I see the priority in helping our graduates, especially the CalSWEC students, embrace ambiguity and develop comfort with discomfort. This, I believe, will be most effective in developing them as engaged and reflective practitioners in the communities. When you’re comfortable with ambiguity, you’re less likely to stereotype and propel self-fulfilling prophecies of client failure framed by prejudices.”

Will credits his Cal State LA field instructors and professors for strong modeling and grounding him in social work professional ethics and, “more significantly, in the ethical obligation to be a life-long learner of our profession and to share professional knowledge in a transformative way…. As [Erik] Erickson would say, as I enter into a phase of life called stagnation or generativity, I choose the latter. I wish to solidify the mentoring formally as I continue to develop as a teacher, scholar, and leader and to maintain my identity as a professional social worker above all else.”

AN ABIDING CONCERN WITH OPPRESSION, FAIRNESS, AND EQUITY

“I hope to instill in students that the power to affect change isn’t always unilateral from the top down. All interactions have reciprocal effect. This is especially true for emerging social workers who pursue this career and want to be changemakers in organizations that aren’t always healthy. In the absence of competencies still being developed, a good placeholder is ethical behavior in practice that, in my view, is ‘contagious’ and can shift passive-defensive behaviors and change institutional culture that promote efficacy and retention, especially in areas of practice like public child welfare, where its people are constantly under public scrutiny."

Despite his initial ambiguous feelings about the profession, Will now concedes, “I can’t ever see myself not doing social work. That is and always will be my primary identity and obligation. I don’t see the eventuality of going into academia full time as leaving practice, because I believe social work education is also a dimension of practice.

"I take on the constructivist approach in teaching, where students are invited to become co-constructors of their own learning, and the sharing of power, where professors traditionally hold much of that over students. I hope by modeling my teaching in this way, I also model the behavior that clients also need to be invited to share power in their well-being and for the practitioner to be willing to share power,” he says.

As with many social workers, Will acknowledges a personal struggle with “usually not having enough time to do everything else… I’m still learning and navigating, and with that comes still making mistakes. The pluses are learning and growing. What’s most rewarding for me these days is running into former students at my agency who are now my colleagues developing expertise in specific areas of child welfare practice that makes them the specialist over me.

“CalSWEC paved the way for a very rich practice career for me,” he says, adding, "The journey continues…” 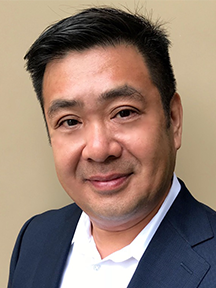